Ted Morris always looks like he's having the most fun in the room when he's on stage. His intelligent, off-beat humour and wickedly charming smile lets us all know that our slightly warped thoughts are just fine. 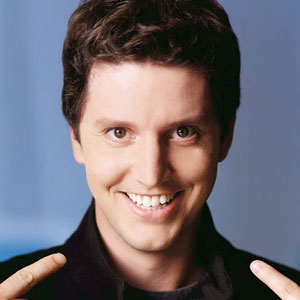 Born in Ottawa and now making his home in Toronto, Ted discovered his love of stand-up while getting his degree in veterinary medicine. While he still spends some time working as small animal vet, his comedy career is taking off and he has found that it's much more gratifying to "kill" on stage. He's been called "fresh faced and hilarious" and "a real gem" by Now Magazine, and slightly ruder things by strangers in the street.

Ted currently tours Canada working for Yuk Yuk's, the largest chain of comedy clubs in the country. A favourite of the festival circuit, he has performed at the "We're Funny That Way" (Toronto), London, Halifax, Winnipeg, Glasgow, Sudbury, Out of Bounds (Austin, Texas), Laughing Devil (Atlanta, Georgia), North Carolina Comedy Arts, NXNE (Toronto) and JFL42 (Toronto) Comedy Festivals, and can be heard around the world on SiriusXM and CBC Radio's The Debaters and LOL.